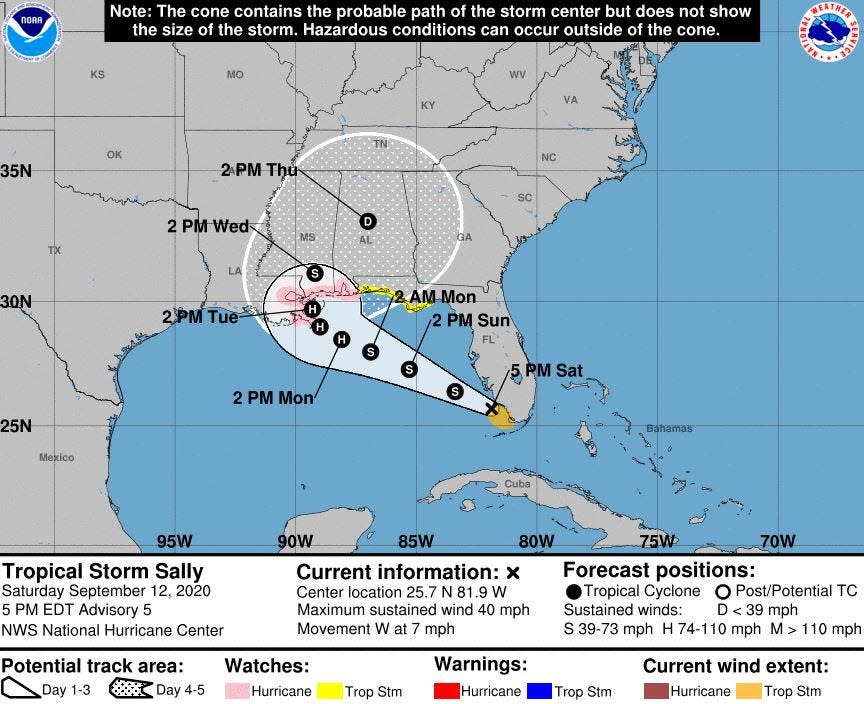 Tropical Storm Sally is taking aim at New Orleans and is expected to strengthen into a hurricane by Monday, bringing with it the possibility of a “life threatening storm surge” for areas of the Gulf Coast.

On Saturday, the National Hurricane Center issued a hurricane watch from Grand Isle, Louisiana, to the Alabama-Florida border — an area that includes metropolitan New Orleans.

As Sally strengthens over the Gulf Coast in the coming days, storm surge is possible along the Gulf Coast shoreline starting Monday and hurricane conditions may begin in the warning area by early Tuesday, according to the Hurricane Center.

The storm is currently traveling west northwest at 8 mph and was located 45 miles west of Naples, Florida, as of 8 p.m. ET, the National Hurricane Center said. Maximum sustained winds are near 40 mph with higher gusts.

Impacts are forecast for Florida into next week as the storm is expected to track toward New Orleans.

Sally is the earliest S-named storm on record in the Atlantic, said meteorologist Philip Klotzbach of Colorado State University, beating the previous record-holder, Stan, which formed in October 2005.

More: La Niña has formed, and it could worsen hurricanes and wildfires

There are just three more storm names left for the 2020 season – Teddy, Vicky and Wilfred – before the Greek alphabet will be enabled. The Greek alphabet has only ever been used during the 2005 hurricane season, when the season which produced storms Alpha, Beta, Gamma, Delta, Epsilon and Zeta.

Tropical Storm Paulette is expected to approach Bermuda as a “dangerous” hurricane on Sunday and be near the island Sunday night and Monday, the hurricane center said.

As of 8 p.m. ET, it had maximum sustained winds at 70 mph and was 415 miles southeast of Bermuda, where a hurricane warning is in effect. Up to 6 inches of rain is expected through Monday.

“Overall, the atmospheric and oceanic environment have been conducive for storm formation, with warmer-than-normal sea surface temperatures in the tropical and subtropical Atlantic providing more fuel for developing storms,” he told USA TODAY.

“In addition, we have a building La Niña in the tropical Pacific that has helped reduce vertical wind shear across most of the tropical Atlantic. Strong shear tears apart hurricanes, so less shear allows them to be able to develop and intensify.”

Syracuse Group: US Stocks will continue to rally even further in 2021. 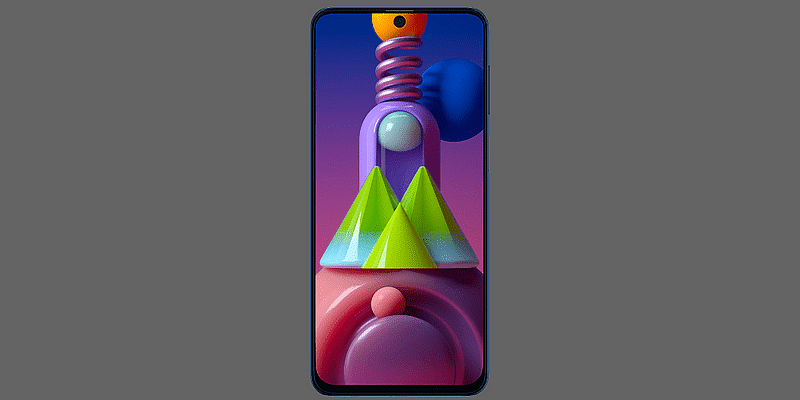 Unboxing: Samsung Galaxy M51 goes for sale next week in India, here’s everything you need to know
Samsung Galaxy M51 is the new entrant to the South…
Cresta Posts Box by CP
We use cookies to ensure that we give you the best experience on our website. If you continue to use this site we will assume that you are happy with it.Ok